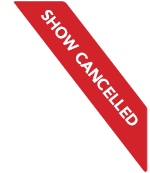 A signature work by Pina Bausch, Nelken is a pinnacle in Tanztheater Wuppertal’s repertoire. Magnified by a new generation of performers, this “bouquet” of dances is an ode to the beauty of dancing bodies.

In the history of dance, few creations bear the stamp of genius. Nelken, premiered in 1982, is one of them. In a huge field of 8,000 carnations, the ensemble deploys the seasons, moves from chair to chair, displays its virtuosity with a nod to classical forms. The work conveys a world view that is tragic and cruel, but also tender and overflowing with a humanity that has touched audiences all over the world. Certain passages, such as the “Nelken Line,” have become iconic. Beauty blossoms here at every moment. After Vollmond in 2014, the Danse Danse audience is once again invited to experience Pina Bausch’s work in this celebration of movement.

A piece by Pina Bausch.

Resid(a)nce \ open to the public